Home / Microsoft / What Does a BizTalk Microsoft Orchestration Look Like? 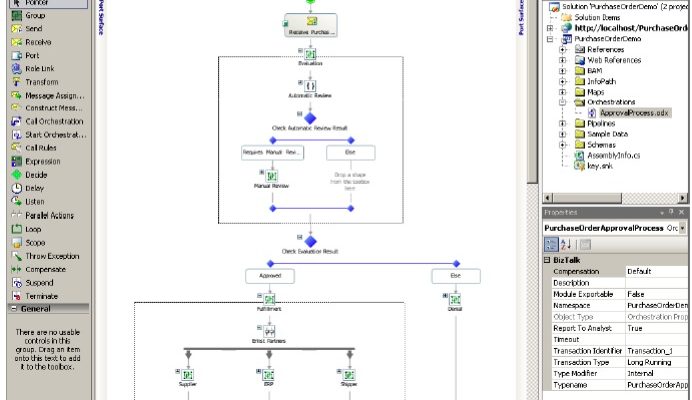 As explained in the article “How a BizTalk Orchestration Easily Defines Business Processes” use different shapes and symbols to create business processes graphically.

Basically, an orchestration receives a message from a send adapter and one of two courses of action is taken based on the message’s content.

Receive shape – permits the orchestration to receive a message

Send shape – permits the orchestration to send a message

Decide shape – represents an if-then-else statement which allows an orchestration to perform different tasks. An Expression Editor included with the Orchestration Designer allows a BizTalk developer to specify conditions 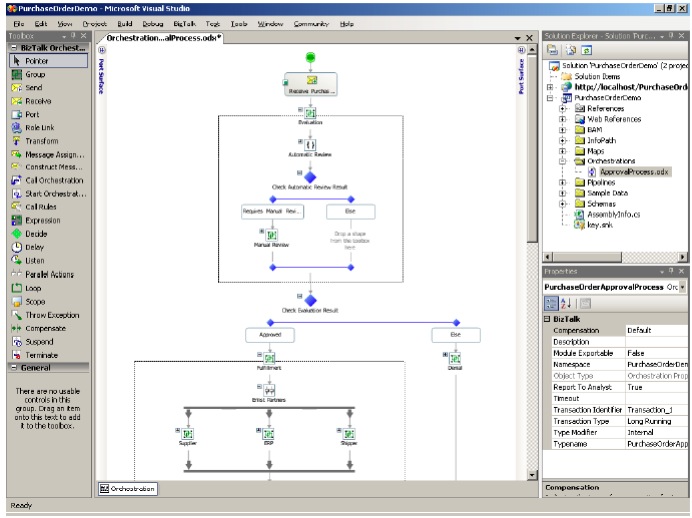 In reality, BizTalk orchestrations are much more complex but you get the idea of what one basically looks like here…in light of this inherit complexity, the BizTalk Orchestration Designer provides the ability to zoom in and out.

Bookmark and check back soon with the Carnal Software knowledge center for more information on the BizTalk orchestration process and the Business Rule Engine – a tool that makes it easier to define and change business rules for a significant subset of processes.

Running a business like a well-oiled machine means you need the right parts, tools and equipment to give you an edge over competitors in your industry. Enterprise software solutions are constantly evolving and expanding, making it difficult for IT managers and professionals to keep up.

This free database is made by and for IT departments and managers of major Fortune 500 corporations, small businesses and everything in between. Our goal is to help companies learn about the latest technology trends and maximize the potential of their existing software investments. We invite you to browse our site to expand your IT knowledge and harness the full potential of your enterprise technology machine.